2/2019 – From hard ground to playground with Terraforce

In July 2018, Eikestad Primary School Stellenbosch in South Africa, decided to transform a bland, paved space into a place for play for their students. Find out more about the 4×4 Step Block.  Installed by Decorton Retaining Walls. 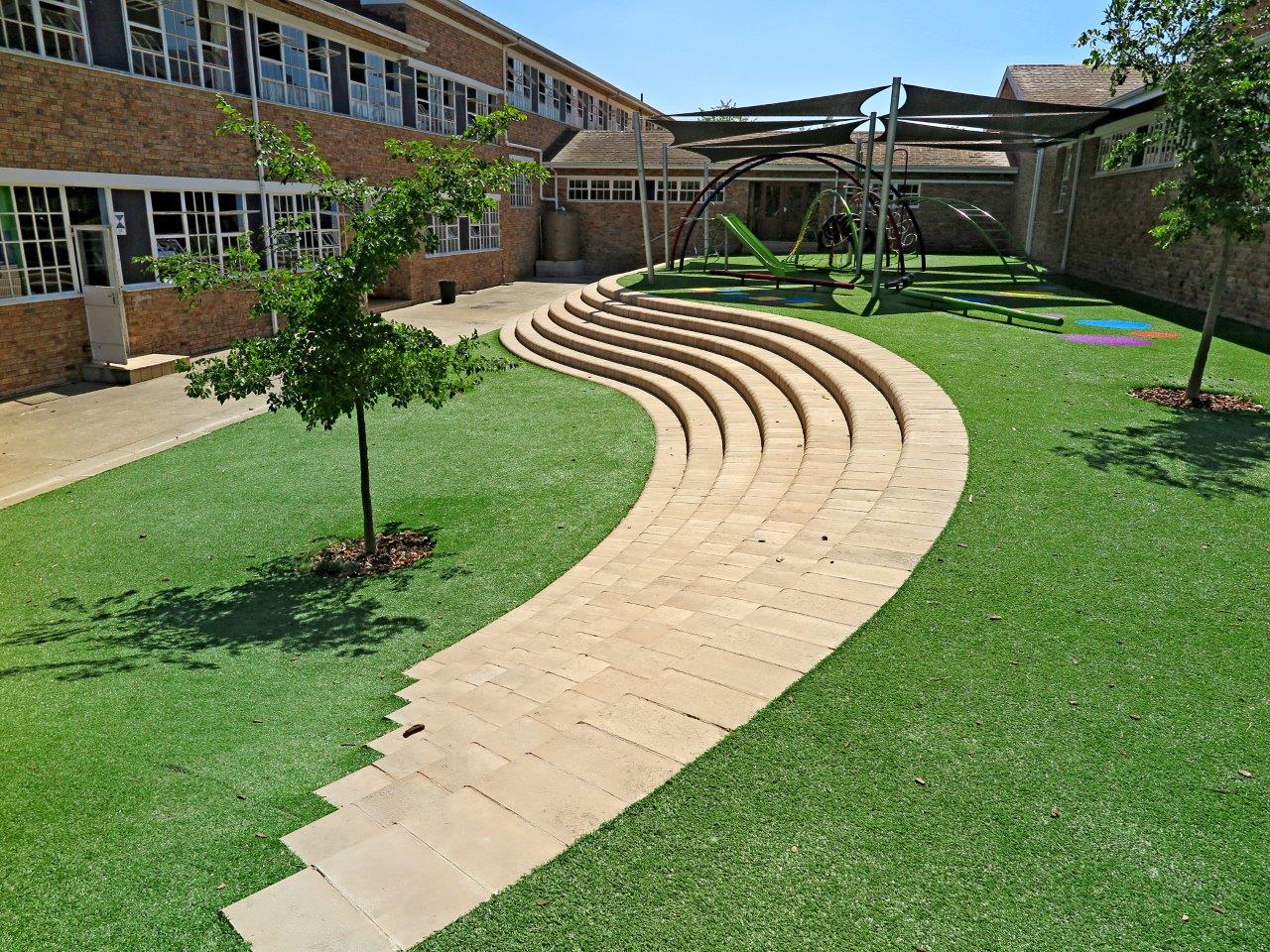 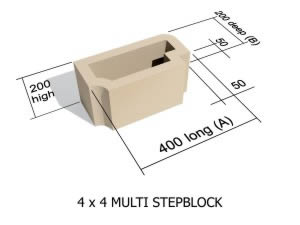 As the area sloped upwards considerably, the school needed to find a way to mitigate the possibility of injury by adding some low steps to allow students safe and easy access to the playground equipment.

Van Blerk adds that the locally developed product has become very popular at public recreational or educational facilities: “it is often more affordable than other solutions out there. Also, the blocks are durable, don’t burn and can be readily repaired or recycled!”

The installation was completed in August 2018 and no major challenges were encountered. In addition to a concrete foundation underneath each row of steps, the blocks were all concrete filled for extra stability. Says van Blerk: “We avoided cutting the blocks as much as possible, rather making use of spacings between the blocks to form the rounded lines.” 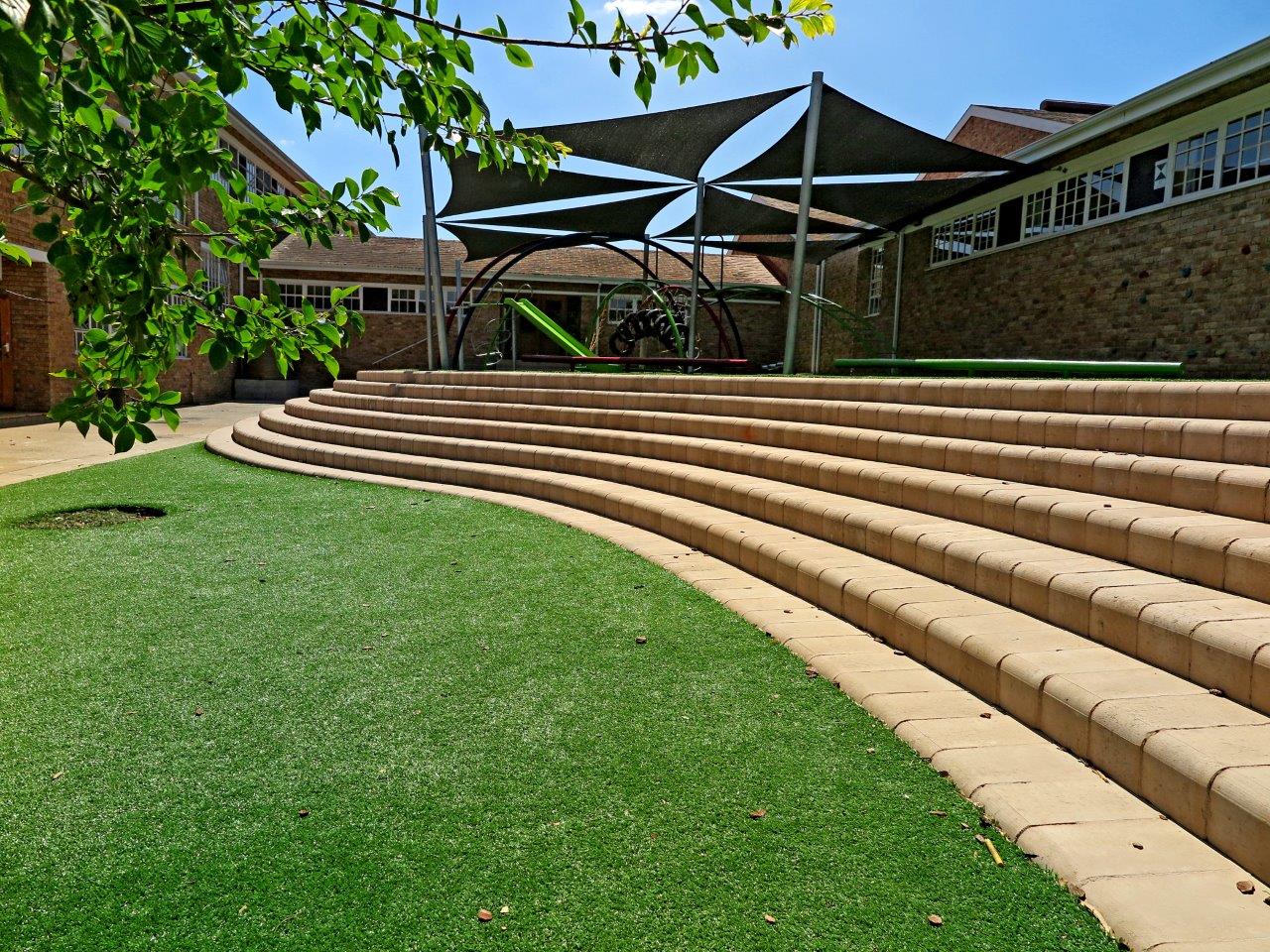 The addition of easigrass for a safe space of play 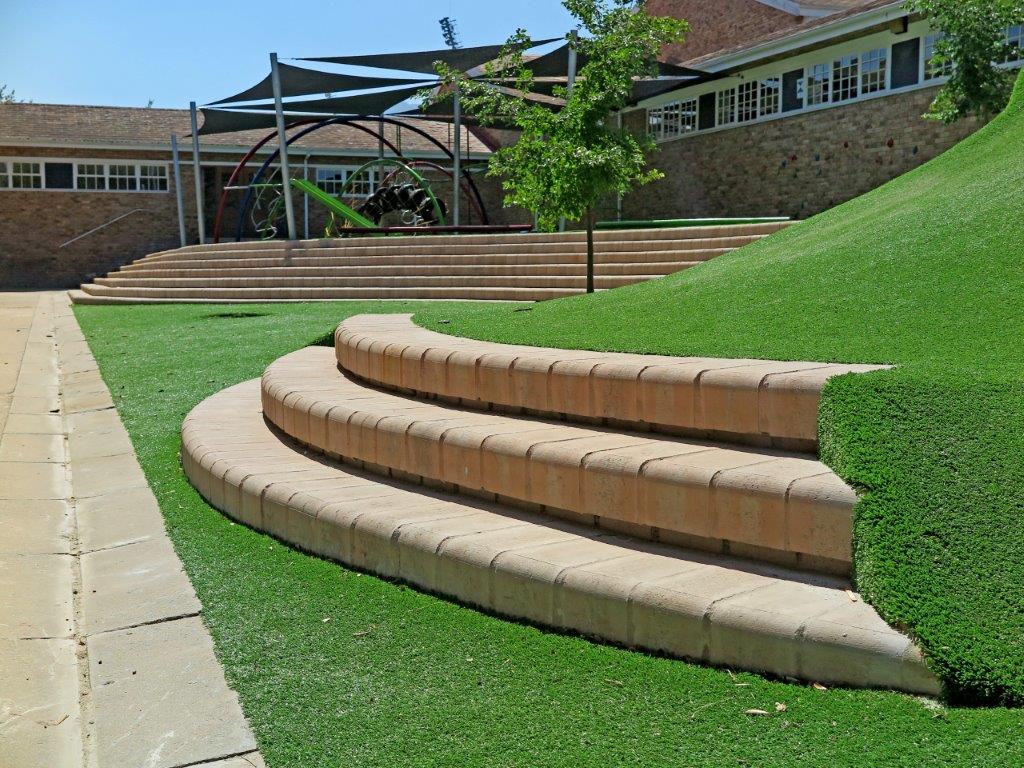 A sloping ground made steps necessary 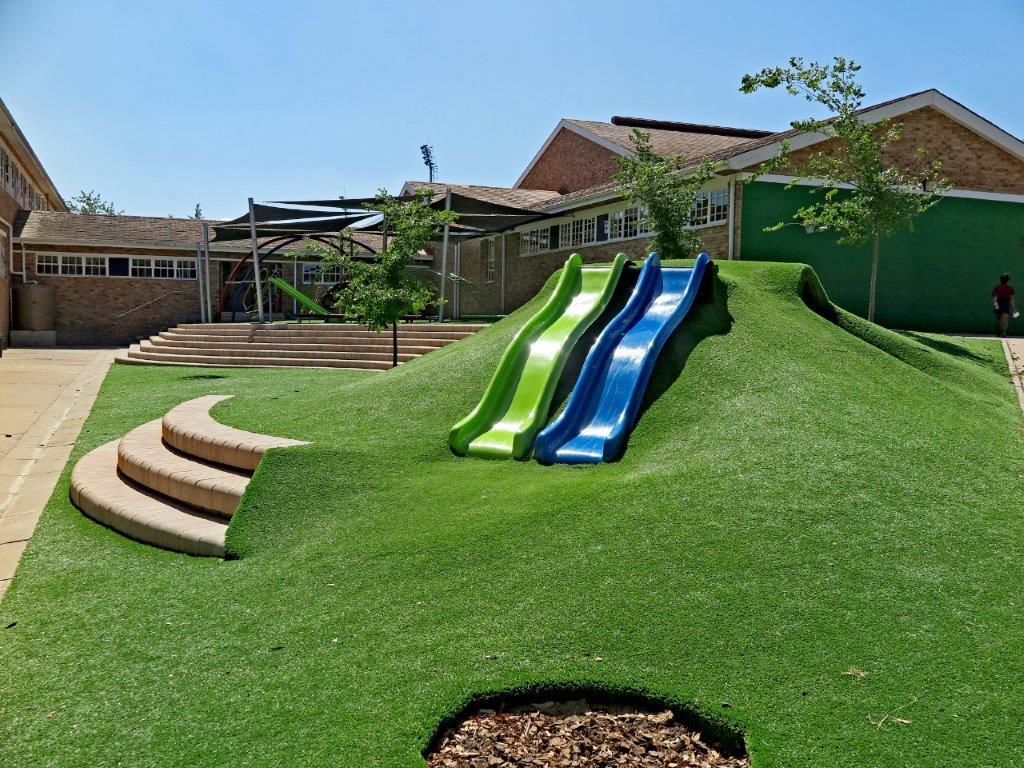 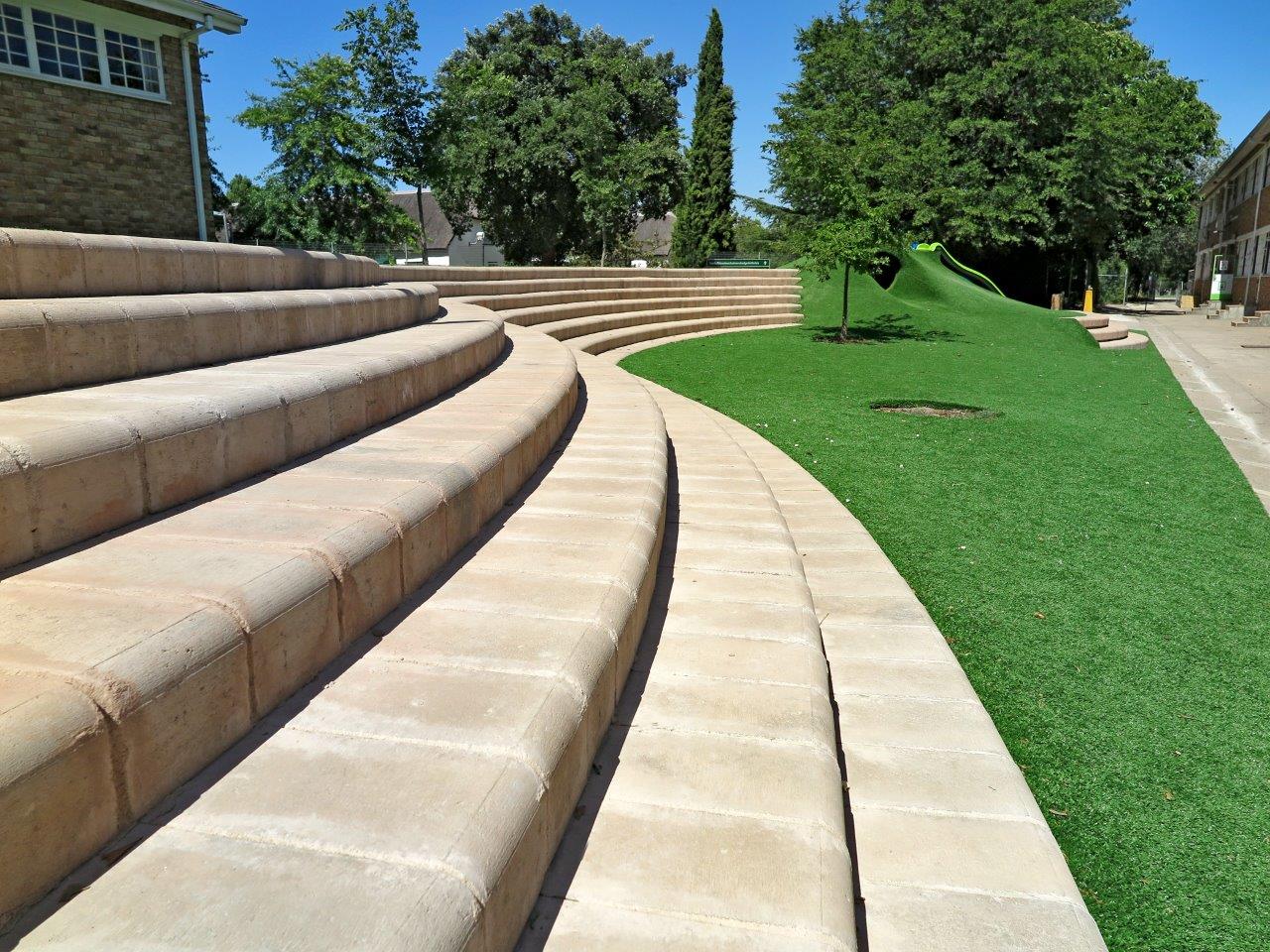 The blocks are durable, don’t burn and can be readily repaired or recycled!

Van Blerk is very happy with the result: “Instead of hard concrete paving, the space now features comfortable steps and seating, modern play equipment and was finished off superbly with Easigrass for added safety for the children. The finished project really stands out!” 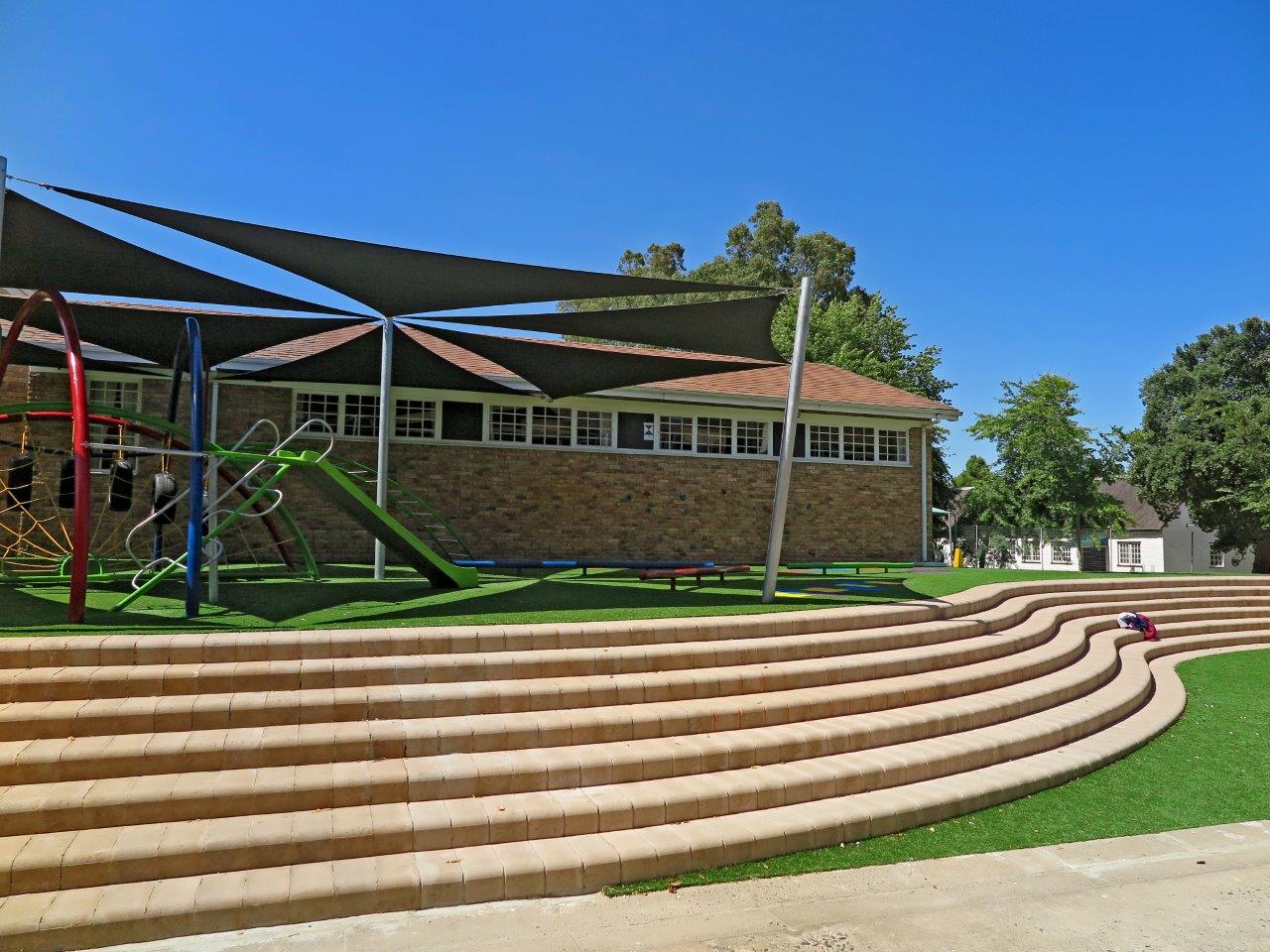