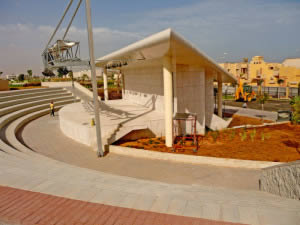 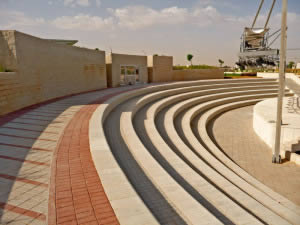 It is hard to tell if any of this infrastructure is still standing today, post Nato bombing, but the impressive workmanship on the construction of 180.000 m² recreational area with an amphitheater and low retaining walls, is worth a special mention. 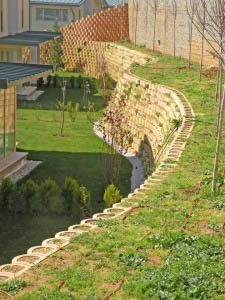 Sirte Park sets out with a connection to the university campus, facilitated by a new bridge, which transports visitors to a square at the entrance of the park.

They are then welcomed by a youth center, designed, amongst other activities, to host sport activities, and is supported by an amphitheatre connecting sports and park activities.

The Amphitheater was constructed with 4×4 Multi Step Blocks and Tech Blocks (rectangular hollow building blocks).  Both the arena and low retaining walls, also built with Tech Blocks, integrate well with the graphical topography of the park, creating some pleasing turkish retaining wall delights.

Another successful project is located in Riva, a peaceful beach resort located about 40km from Istanbul, Turkey. The client loved the idea of a green wall system with Terraforce blocks at his villa on the Black Sea coast. 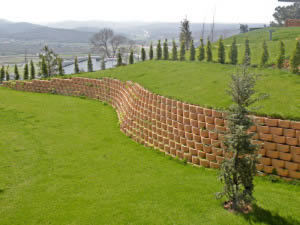 By now plants will have covered most of the wall 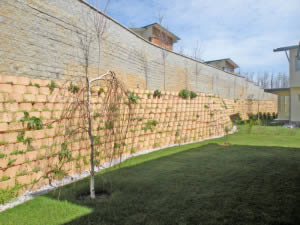 Blending with with other architectural elements

Completed in March 2013, the project showcases undulating retaining walls at different heights and levels, blending in beautifully with other architectural elements and the surrounding environment. 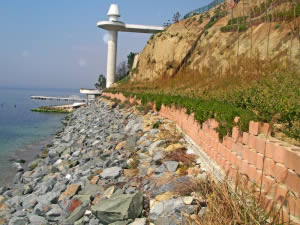 The wall partly runs along the river 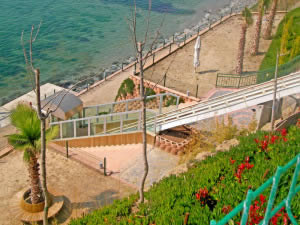 Retaining walls for cut slopes around a lift

Also in Turkey, along the Bosphorus on the European side, four luxury sea view villas, a residential project by Gul Insaat, a leading Turkish construction company, required an ecological, flexible, and economical retaining wall system for access ramps, stairs and a lift up and down to the private beach.

The 850 m² geosynthetically reinforced retaining walls reaching up to 5m in height, most of which are now covered with vegetation to provide a green, softening character to the walls. 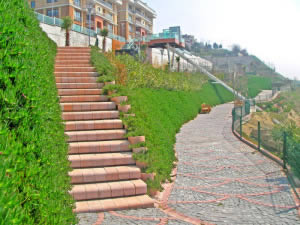 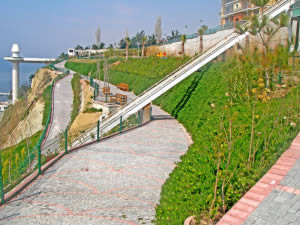 Ramps down to the private beach