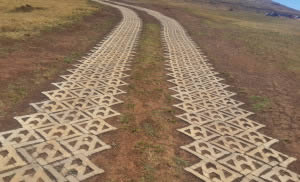 “The mast is supposed to be situated approximately 1km north of the village Nonqoboqobana, 6.5km due west of Cofimvaba town, which consist of mainly low income earners and unemployed.”

“The area is also populated by small and larger agricultural holdings that are utilized for farming.

The cultural diversity in our country necessitates the need for inventive forms of reaching our communities in their own forms of verbal communication, such as the use of media resources.” 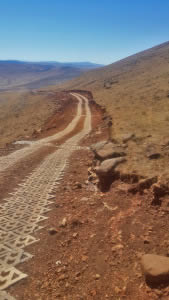 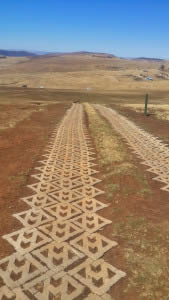 “As a result there is a larger need and desirability for television and radio support services, of which this mast forms a part of.

This mast also forms part of Sentech’s responsibility to their contractual users for better coverage.”

Mobicast, Terraforce licensee in George, Western Cape, delivered a total of 25 000 Terracrete blocks to Cofimvaba between February and July 2014.