August 2014, Tim Moorcroft, who operates a wet-cast concrete business, Moorcrofts, in Clarens, Free State, made enquiries to become a Terraforce licensee with the view to produce Terracrete hard-lawn pavers with durable mould boxes made of U.V. stabilised LLDPE (polyethylene). Moorcroft felt the blocks and their method of manufacture would fit in perfectly with his existing business model.  And so it did, as he soon found out. 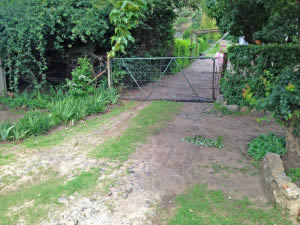 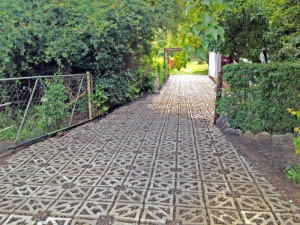 Clarens is situated in the Drakensberg foothills, and is a popular week-end destination for city dwellers from Johannesburg and Durban. The picturesque village boasts a permanent population of 750-800 during week days, that balloons up to 2500 on weekends.

Following initial exchanges of information, a standard agreement was signed in October and production started soon thereafter. By 15 December, Moorcroft completed a project of 1000 Terracrete blocks, as supplier and installer, after which he planned to close during builders holiday (a common practice in South Africa in the building industry). Not so, as it turned out. 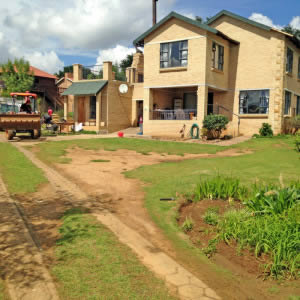 The guesthouse before installation 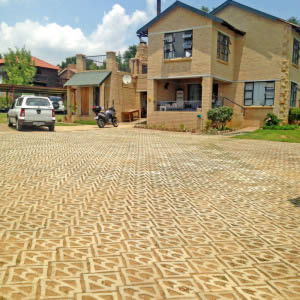 The guesthouse after installation

Some potential customers (a local guest house) turned up at his gate and insisted that their driveway had to be reinforced with 2000 Terracrete blocks, in time for the opening of their business on the 1st Jan 2015. Tim rose to the challenge and proceeded to install the 1100 cured blocks that he had in stock and got the client to accept the risk involved in placing the balance with uncured (green) blocks. 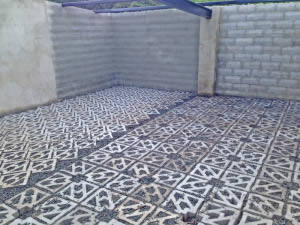 Showcase at the factory 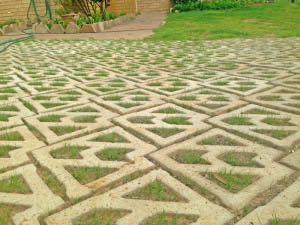 Grass sprouting in the blocks

In addition, Tim completed a display area at the plant early January and as a result Moorcrofts is currently dealing with at least six to seven serious inquiries. The bottom line is that enthusiasm and just that little bit of extra effort pays off, immediately, and in the long run.