A new concrete retaining block was tested for the first time on this site located on the R44 to Klapmuts, next to the N1 in the Western Cape. The site was earmarked by the owner as a restaurant and conference centre as he recognised a growing need for corporate business venues situated outside the CBD.

The owner, Schalk van der Westhuizen, together with Kwali Mark Construction they excavated the exiting dam wall situated behind the restaurant in order to refurbish and enlarge the facility now boasting polished concrete floors in the restaurant area, creating a overall  aesthetically attractive finish. 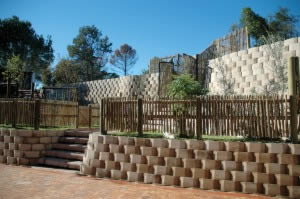 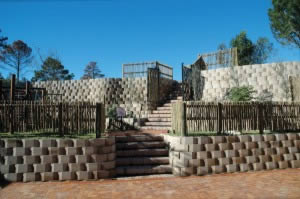 For the retaining wall, Van der Westhuizen chose the Décor Wall Block as it was designed to provide walls with a closed vertical surface while being as cost effective as a wall built with open face blocks. Decorton Retaining Systems, who also designed the new concrete block, installed the wall as specified by the engineer Fred Laker. 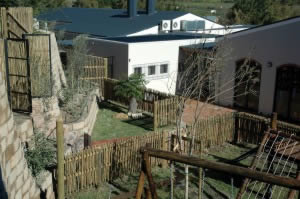 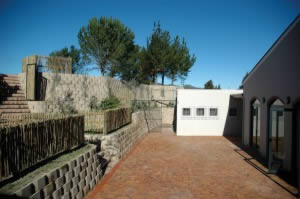 Together with Cape Garden Designs, they designed the project around existing infrastructure.  By re-designing and re-modeling these to incorporate innovative features such as a playground accessible via a set of Terraforce 4 x 4 stairs and a larger goods receiving area behind the restaurant, all expectations of the developer were fully met.