When retaining walls are planned in confined spaces, for example when a retaining wall has to be built close to an excavated earth face or between buildings and a road, the design needs to be adapted by doubling-up and combining the following installation approaches: 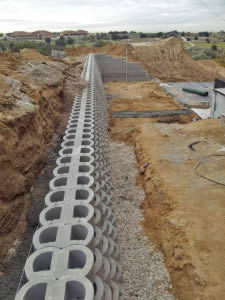 Blocks are not split and left as a double unit

1. The conventional, reinforced concrete cantilever from the foundation, to resist bending moments.

2. The gravity wall method that resists lateral earth pressure by virtue of its own weight.

Terraforce retaining blocks, manufactured locally in South Africa and all over the world, have been installed successfully in this way on many building sites.

While visiting Prensagra Prefabricados, licensed Terraforce manufacturer in Spain, Karin Johns, marketing manager, Terraforce, noticed that the company was using the double-block method as a fast and efficient way of using the blocks in tight spaces:

“Instead of splitting the blocks as they leave the mould machine, they are left to cure as a doubled-up unit. The advantages from the stability point of view are obvious, as it provides added mass. 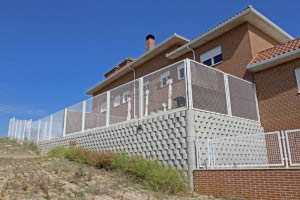 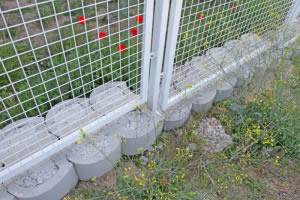 The following project, documented in Sevilla la Nueva, near Madrid, Spain, illustrates this method. In total, 8000 Terraforce L16 blocks where installed for a 550m² boundary walls, with inset fences, at a residential complex. 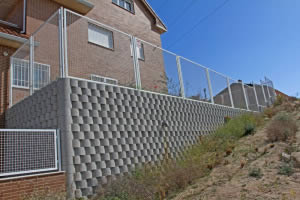 Boundary walls at a residential complex 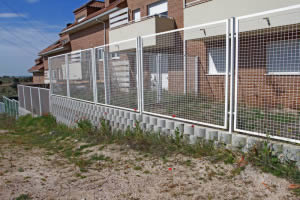