When the owner of a home on the slopes of Table Mountain in South Africa noticed her existing retaining wall was dangerously leaning over with partial collapses in places, she turned to her trusted builder Zane Samuels, Zane Samuels Construction, for help. 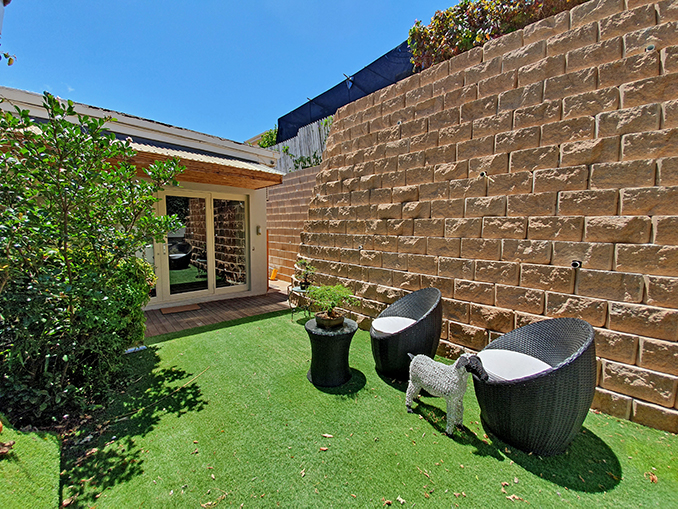 Says Anat Yukel, owner of the house: “I am beyond happy with the result of this repair. My backyard looks so much better than before.

He immediately recommended replacing the wall with the Terraforce ® retaining wall system: “I suggested Terraforce because of the system’s ability to handle the tight space we had available, the varied inclines and finishes the blocks can be installed with and most importantly, the superior aesthetics offered.” 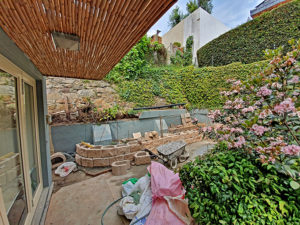 The Terraforce blocks were installed over the old wall in some places, creating a curved feature 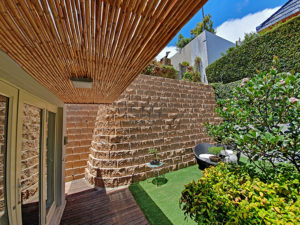 “We started by carefully removing the old retaining walls. This involved propping them up as we worked our way along. The old walls were gradually removed and, in some instances, left in place. The L11 Terraforce retaining blocks, supplied by licensed Terraforce manufacturer, Klapmuts Concrete, were placed on a solid concrete foundation.  Each block was filled with concrete and reinforced with steel rebar to safely retain the surcharge load of the property directly above.”

The wall design was provided by Fred Laker, ICOS Engineers, who has extensive experience with the Terraforce system. Working with the existing contours of the property boundary, this included a new curved feature that hides a bulky section of the previous retaining wall, while at the same time adding visual character to the backyard area. 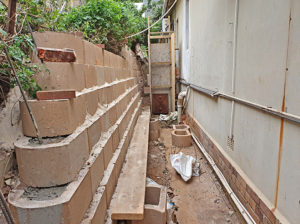 Each block was filled with concrete and reinforced with steel rebar 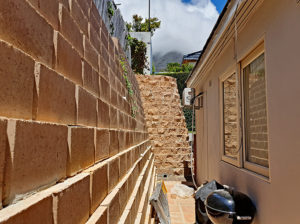 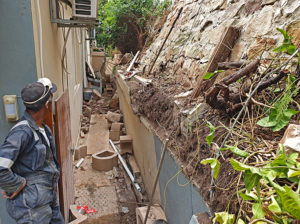 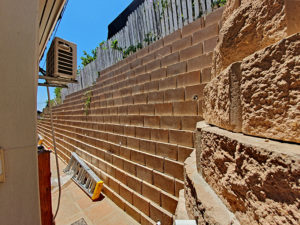 To highlight this change in wall profile even more, Samuels chose to install the rock face of the block following the span of this arch, with the contracting flat face of the block behind the main building: “The garden behind the wall needed to be enjoyable to look at as an office window opens up onto this space, while the wall behind the main home just needs to do what it was designed for. Overall this worked out very well, as the two textures really do complement each other!” 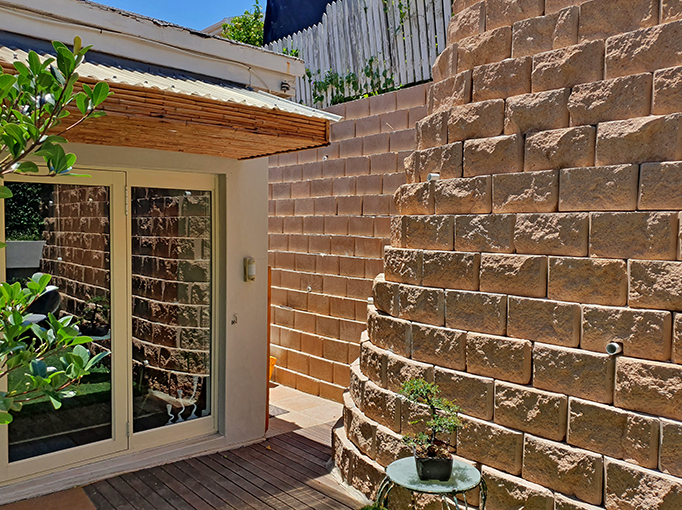 Says Anat Yukel, owner of the house: “I am beyond happy with the result of this repair. My backyard looks so much better than before. The wall is very pleasing to the eye, and I plan on growing some creepers at the top that will gently trail down the wall. This will add some greenery and soften the look even further.” 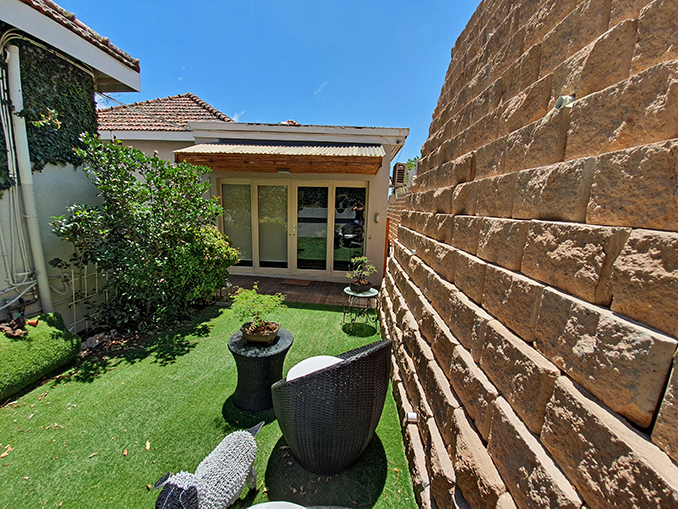 Gorgeous new backyard space next to the office window 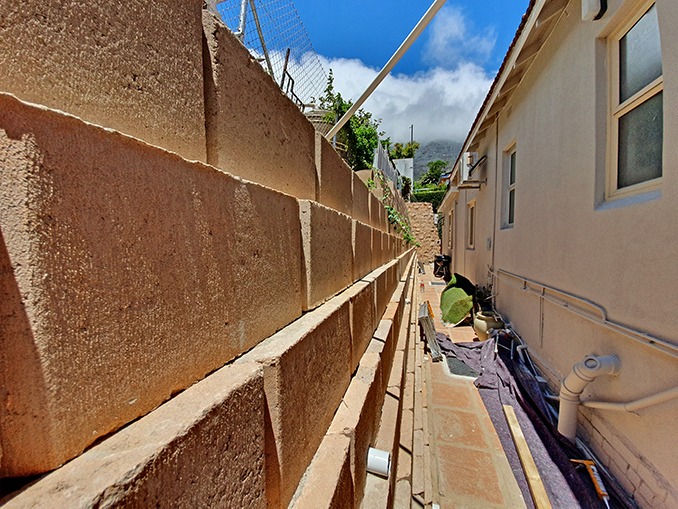 The wall behind the house uses a flat face finish