Auas Hills Retirement Village, situated in Auasblick, is a sought after Retirement Village in Windhoek. It provides a tranquil setting and caters for all the needs of the more senior citizens, providing facilities like a well equipped restaurant where you can enjoy nice meals, an onsite laundry, a day care centre, pharmacy, physiotherapist, biokineticist and a high care centre. 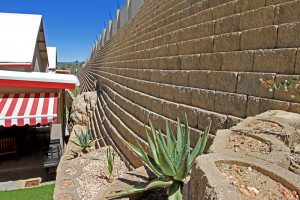 Earth retaining at an up market retirement village 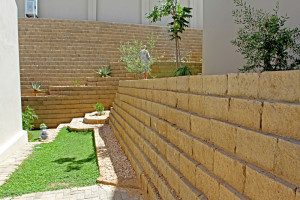 The walls stabilise the exposed embankments

During the planning stages it became evident that earth retaining measures would be needed to stabilise the exposed embankments resulting from excavation activities. Steffanuti Stocks, the main contractor on site, approached Namwall, Windhoek based Namibian licensee for Terraforce, to provide a design for Terraforce block retaining walls. 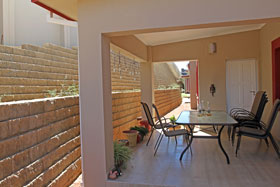 Around 25 000 blocks were installed 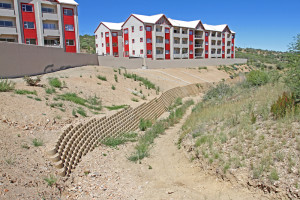 Outside the development a river is retained with Terraforce blocks

Says Chris Schutte, Namwall: “We consulted with Terrasafe, Terraforce’s professional design service, and had a design ready in no time. Most of the proposed rock face block walls were pretty straight forward, with the higher ones requiring a double skin of L12 blocks for extra reinforcement. 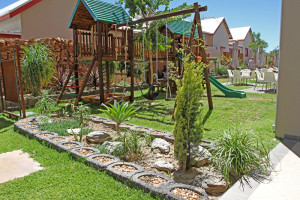 Landscaping for the development’s outdoor facilities 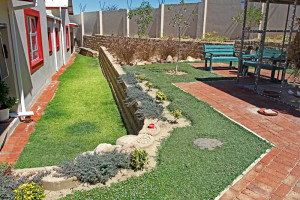 Creating space for gardens and lawn

In addition to the walls inside the property, a river running alongside the retirement village needed erosion control retaining walls, in case of heavy water run-off during the rainy season. In total around 25 000 blocks were installed.”

The project was completed in Febuary 2015, with landscaping by Andre’s Landscaping adding the final touches to the walls.