Riverbed get a new life with Terrafix blocks

Formerly a farm with a tranquil stream running through it, this site was finally given permission  to develop erosion control – subject to stringent environmental by-laws and other constraints – residential units and surrounding grounds. Considerably increased storm water run-off from 148 new houses, paved yards, driveways and roads had to be catered for. 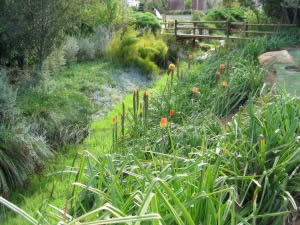 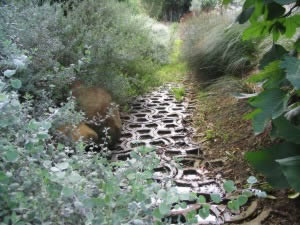 Initially a large earth dam was built, fairly high up in the system to function as reservoir, storm water detention dam and focal point in the meticulously planned, environmentally sound landscaping network throughout the estate. The dam spillways and all stretches of the stream that would be subject to soil erosion were lined with Terrafix 100 blocks. 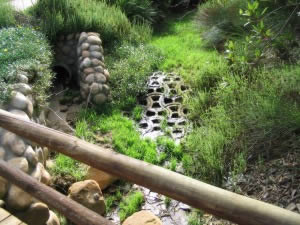 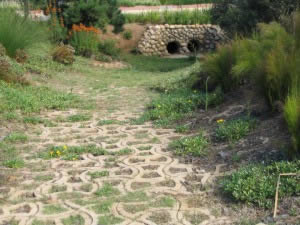 Imaginative choice of indigenous planting turned this steam into a tranquil oasis for residents and wildlife alike. A recent environmental audit has confirmed the unqualified success of this undertaking.