L13 blocks were used to rehabilitate the trail, improving it visually and providing residents with a rehabilitated leisure area:

Planners of the Liesbeek Trail were faced with serious erosion problems alongside this river, confined in a narrow corridor through the densely built-up suburb of Newlands. The aim of this project was to rehabilitate the trail, improving it visually and to provide residents with a rehabilitated leisure area 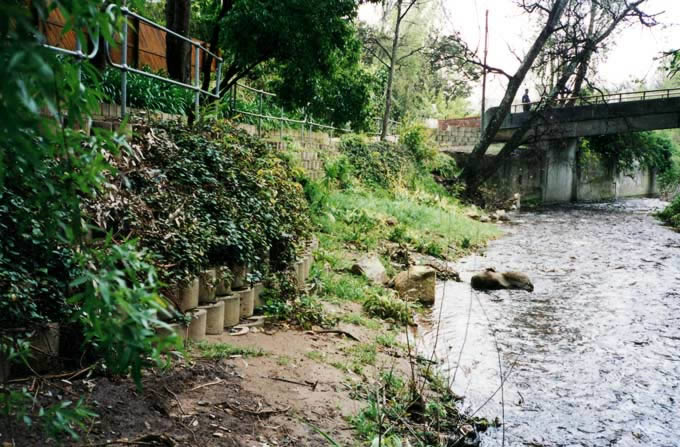 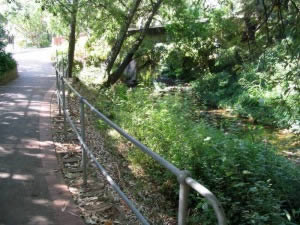 Completely covered by plants a short while after

For this purpose the blocks were reversed so as to have the straight edge of the block facing the pathway. To accommodate park benches and lampposts the required concave and convex indentations and protrusions were incorporated with ease.

The original “hard” appearance, immediately after completion disappeared within a few month with the enthusiastic support of Westford school who helped the Cape Town City Council with planting and maintenance. The project succeeded entirely in adding quality time and educational benefits for the residents of the surrounding suburbs.