7/2016 – Getting creative with permeable pavers

Every now and then, Terraforce earth retaining and permeable paving products are used for an unusual purpose, like this Terracrete creative wall designed by artist Dirk Bahmann in Doornfontein, Johannesburg, South Africa. 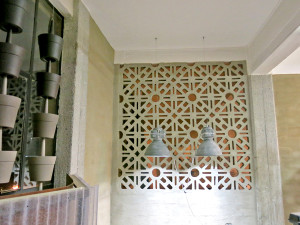 Getting creative with interlocking permeable pavers 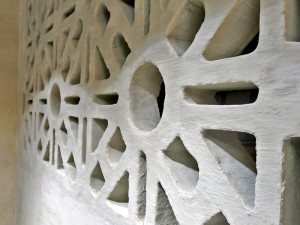 Terracrete blocks give the wall an interesting pattern

The Terracrete block is normally used for permeable paving to create plantable eco-surfaces for roads, parking areas, embankments and storm water channels, but in this case, another aesthetic reason called for this versatile paver block.

Says Bahmann: “The wall is located in my studio space, and while I work I wanted to design something interesting and beautiful to look at. Also, as the morning and evening sun passes through the blocks, creates beautiful play of shadow and light. I chose the Terracrete block specifically for their interesting patterns they would give the wall. 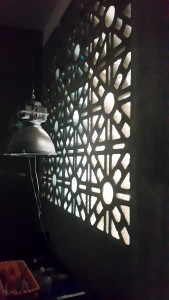 A beautiful play of shadow and light 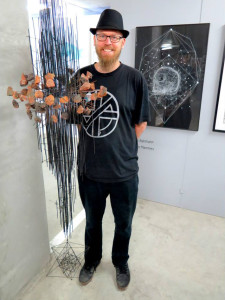 Dirk Bahmann with one of his artworks

“In total 49 blocks were used to build the wall, which is reinforced every course with Brice Force and tied into the concrete structure every second course with rebar, a relatively straightforward process.

The plastering and smoothing out the roughness of the blocks, on the other hand, was a time consuming process, but well the worth effort!”

His work spans and combines a number of diverse disciplines ranging from video art, animation, physical computing, sculpture, and architecture.  Central to his work is the exploration of the existential dimensions of the nature of place of Johannesburg.  The primary aim of which, is to attempt a wholesale reading of Johannesburg through documenting and articulating the specific qualities of this city.

In 2011, he was one of the recipients of the Ithuba Art Fund and 2013 was the winner of the Fried Autumn Fair and was selected to partake in the Lizamore & Associates mentorship program culminating in his first solo show in 2014.