Early in 2013, Dassenberg Retaining Systems was appointed to install plant supportive retaining walls, hard lawn pavers and conventional paving stones at the new Diemersfontein Wine and Country Estate near Wellington in the Western Cape. André Look, Architect and Etienne de Villiers, Project Manager were both in favour of using Terraforce products for this prominent development. 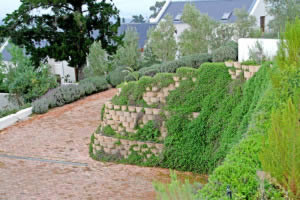 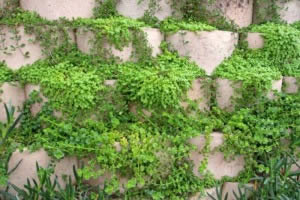 Blocks are fully covered by plants

Designs for the walls were prepared by Terrasafe, after Fred Laker, Terraforce Engineering Consultant, had visited the site. Dassenberg started construction on the walls soon after and by April 2014 had installed 12 000 Terraforce L12 retaining blocks, Terracrete hard lawn pavers for steep driveways and 4×4 Multi  Step blocks for stairways. Dassenberg also laid 1100 m² of 50mm bond pavers, supplied by CEL Concrete. 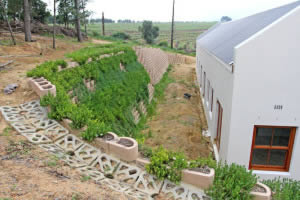 The walls blend into the environment 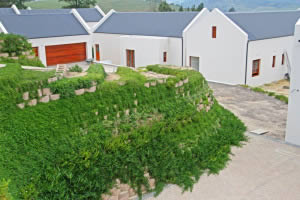 No challenges were encountered that could not be handled by Georg Brand, Estimator and Project Supervisor at Dassenberg. “There was not enough space between the excavated face and the blocks to allow for geo-grid reinforced backfill, so instead, the bottom blocks were filled with reinforced concrete. In some sections, vertical drains were installed, in combination with the standard horizontal drains behind the lower rows of blocks,” says Brand. 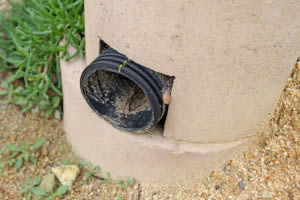 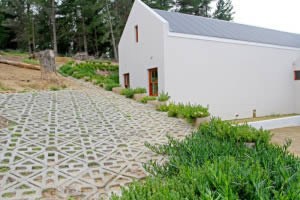 To soften the walls and to allow them to blend into the surrounding environment, the walls were planted once complete. Says de Villiers: “The plants specified at the estate and for the retaining walls were mostly indigenous, water-wise plants, such as Crassula Spathulata, Delospermum Lydenburgenes, Crassula Marginalis, Jordaaniella Dubia, Carpobrotus Edulis and Othonna Capensis. Two other species are from the New Zealand (Dysphyma Crassifolium) and the United States (Lippia Nodiflora)”. 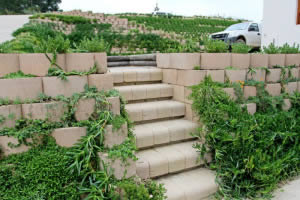 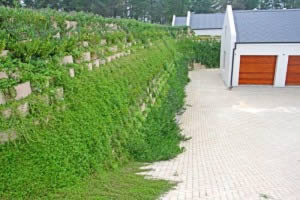 As a result, after initial watering to encourage the plants to establish roots, the retaining walls transformed into lush green vertical gardens, cost-effective, low maintenance and environmentally friendly.