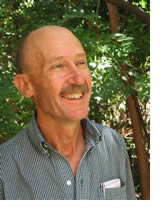 For more than 40 years, Terraforce, Cape Town based pre-cast concrete manufacturer, specialising in modular, hollow core concrete blocks, has maintained a strong foothold in the South African Concrete Retaining Walls market, while the past decade has seen steady expansion into the international playing field.

In 1979 Terraforce began importing wire mesh gabions from Spain, later becoming involved in the construction of gabion retaining walls and erosion control measures.  After gaining some knowledge of the market, Holger Rust, founder and director of Terraforce, realised that a more cost-effective, practical and aesthetically pleasing method of earth retaining was needed in South Africa.

After the first Terraforce S blocks (then still weighing in at 50kg) where produced on a small home built “egg layer” block machine in 1984, Rust has never looked back.  In 1986, when the first license agreements were signed, daily production reached 400 blocks and eventually combined Terraforce block sales, equaling over 6000sq.m per month, were achieved in Cape Town alone.

Terraforce continued to expand and mature, as Rust strove to implement his strategy to up-date and improve feasibility/case study evaluation reports and design software at all times, as well as expanding Terraforces’ product range to include lighter retaining blocks, an accessory block for stairs or seating and erosion control or hard lawn paving block.

In 1990s, Terraforce blocks were well established in South Africa, with nine licensees producing in all major centres. At the same time the first international licensee came on board and today Terraforce blocks are produced on all continents, with the Consent LLC in the United Arabian Emirates and Australia being two of the most successful additions.

Terraforce blocks represent one of the most energy efficient segmental retaining wall systems. They require low hardware input for manufacture, low transport costs and low inventory requirements at sales outlets. Being hollow, yet strong enough, they require less concrete to do the job when compared to solid block systems. The blocks are also plantable, and if irrigation and maintenance is set up properly a Terraforce wall can be completely covered in vegetation. 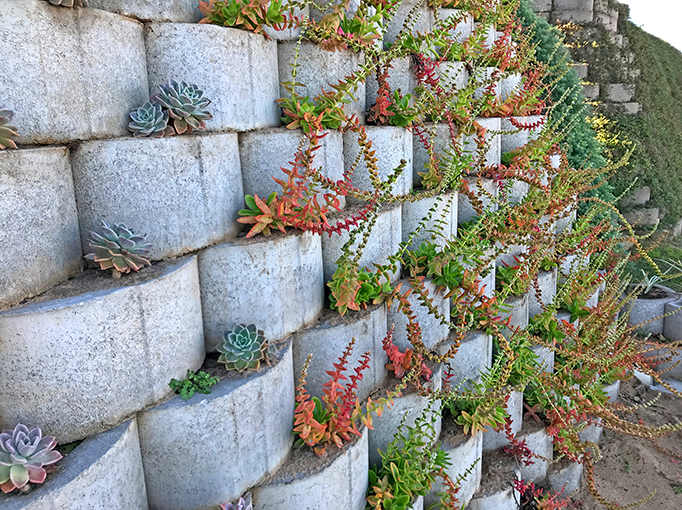 Holger Rust, Founder and Director of Terraforce, has always pushed for the most sustainable approach in his business dealings: “Our licencees in some locations have been using recycled materials for the past 20 years and we were invited to give a presentation on the use of Terraforce products for erosion control at the 2002 World Summit (WSSD) for the Global Alliance for Building Sustainability (GABS), Johannesburg, South Africa. It is consequently safe to say that Terraforce blocks are eco-friendly and energy-friendly, as well as wallet-friendly.”

Staying true to these sentiments, Rust also commissioned Terraflora, a guide to South Africa’s indigenous plants to be used in conjunction with Terraforce retaining blocks. Developed and researched in collaboration with the helpful staff at Kirstenbosch National Botanical Gardens — especially Ernst van Jaarsveld, well known horticulturalist and author of gardening books — the guide aims to give the reader an easy to use introduction into the indigenous plants, especially those that require little watering and are adapted to our harsh climatic conditions, suitable for growing on plant supportive retaining walls and erosion control measures around South Africa. International recognition and the CMA Awards

With a growing awareness of anything “green” in the construction industry, it should come as no surprise that Terraforce is a steadily growing retaining system internationally, with Canadian magazine of sustainable architecture, construction and interior design, Award,  recently touting Terraforce as the “undisputed international leader in the creation of environmentally friendly earth retaining and architectural landscaping, thanks to mortarless and fully interlocking concrete retaining and terracing blocks”. [June, 2007, page 33]

Local industry professionals have also recognised the advantages and superior quality of the blocks. Since 1998, recommended installers have managed to secure numerous awards for the company, most notably the coveted Bayer Trophy that is awarded biannually to top class projects in the construction industry by the CMA (Concrete Manufacturers Association) Awards for Excellence.  In the category Concrete Retaining Walls Terraforce managed to win a national Trophy no less that five times. See the awards: CMA awards – Terraforce

Rust explains the remarkable versatile nature that makes the blocks so popular: “Concrete retaining walls constructed using the Terraforce system are easily formed into complex curved shapes or into walls in which the upper and lower profiles are continuously changing. The system also allows you a choice between round face, (plant supportive) or flush face (smooth or split version) to suit your specific requirements, and they present a closed vertical surface structure that provides maximum amount of soil mass within the wall and prevents backfill spillage, while at the same time offering uninhibited permeability.”

Today, the product range includes a rock face and smooth face block in 11 sizes, as well as the 4×4 Multi Step block used for creating affordable seating, the Terrafix and Terracrete blocks for permeable paving and hardlawn applications and the Terralite block for smaller landscaping and erosion control measures.