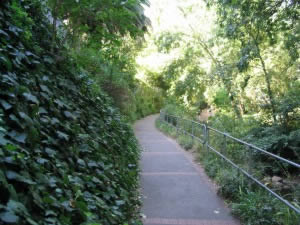 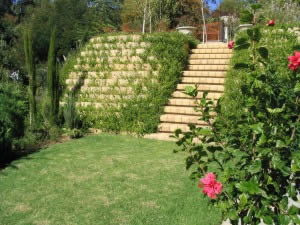 The banquet ceremony for the CMA Awards for Excellence 2000 competition was held at the Indaba Hotel, Sandton on the 2nd September, 2000. As expected from members of this prestigious association, the record number of 174 entries displayed a high level of excellence. Four categories of entries were judged by a panel of 10 professionals chosen from over 200 nominees.

Of the 24 segmental-block retaining walls submitted from various centers in South Africa, 16 were submitted by Terraforce and their licencees. There were 8 awards designated for retaining walls, 7 of which were won by Terraforce, including the highly prized Premier Award for Excellence, the Bayer Trophy.

This desirable trophy was thus returned to Terraforce, who had won it at the previous event. The contractor responsible for this high standard of workmanship was Paul Collins of Cape Wall cc. Look at the website www.maxiwall.com for more information on our design software, Maxiforce 2000. 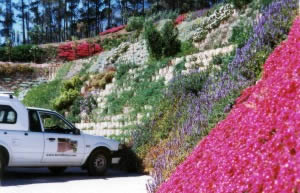 An excellent example of how these products can be used to solve various engineering problems and give an aesthetically pleasing appearance.

Within a short time the indigenous plants would have completely obscured the blocks from view, but they will still be working hard!